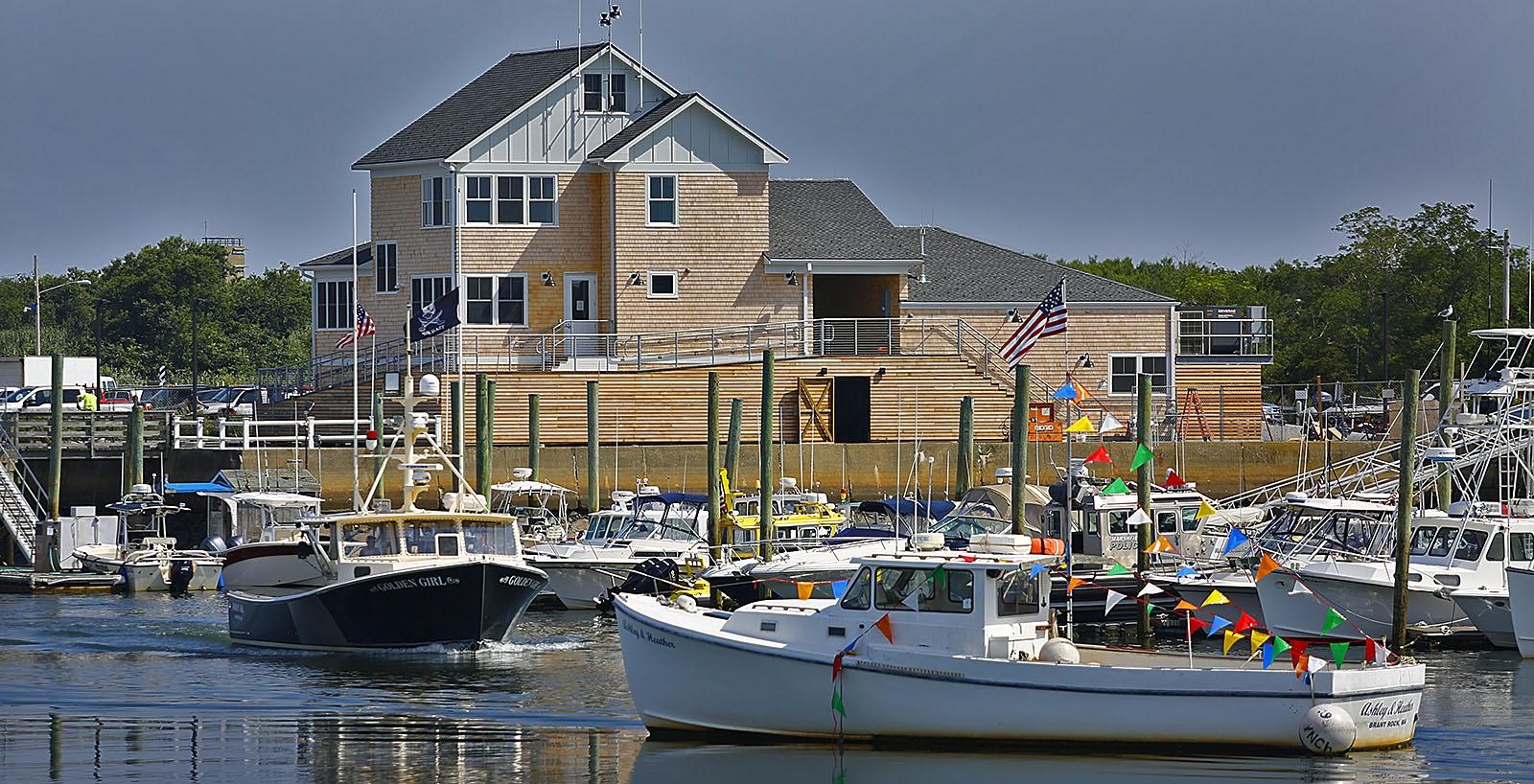 The new Marshfield Harbormaster Facility is constructed on the existing Town pier located at Green Harbor. The facility consists of two interconnected buildings, one a two-story structure to house the new Harbormaster Office, public restrooms, and storage, and the other a one-and-a-half-story garage structure. The center measures 3,800 square feet, including outdoor ramps, stairs and decks, a significantly larger space than the 360 square foot trailer Harbormaster Dimeo worked out of until recently.

The building’s ground level includes boat storage and space that will also be used for boating safety classes. Harbormaster staff will also be able to use this space to work on their own equipment. Due to flooding considerations, electrical outlets are placed above 9 feet. The first story, beginning at an elevation of 17 feet, in keeping with updated FEMA flood maps, includes public restrooms and showers for boaters, a public-facing lobby where residents will be able to apply for mooring permits and pay fees and a community conference room overlooking the harbor. Police officers will also be able to use equipment at the center to file reports.
The second floor contains staff offices, bathrooms and showers. Between the building and the harbor is a gathering place for the public which will have benches, bike racks and raised planter beds upon completion. “This is all for the public,” Dimeo said of the outdoor space “This is the focal point of the harbor, which is why we didn’t put the building right in the corner. We wanted people to have the best view.” Designed by Bargmann Hendrie + Archetype Architects with engineering and permitting support from Coastal Engineering Co. 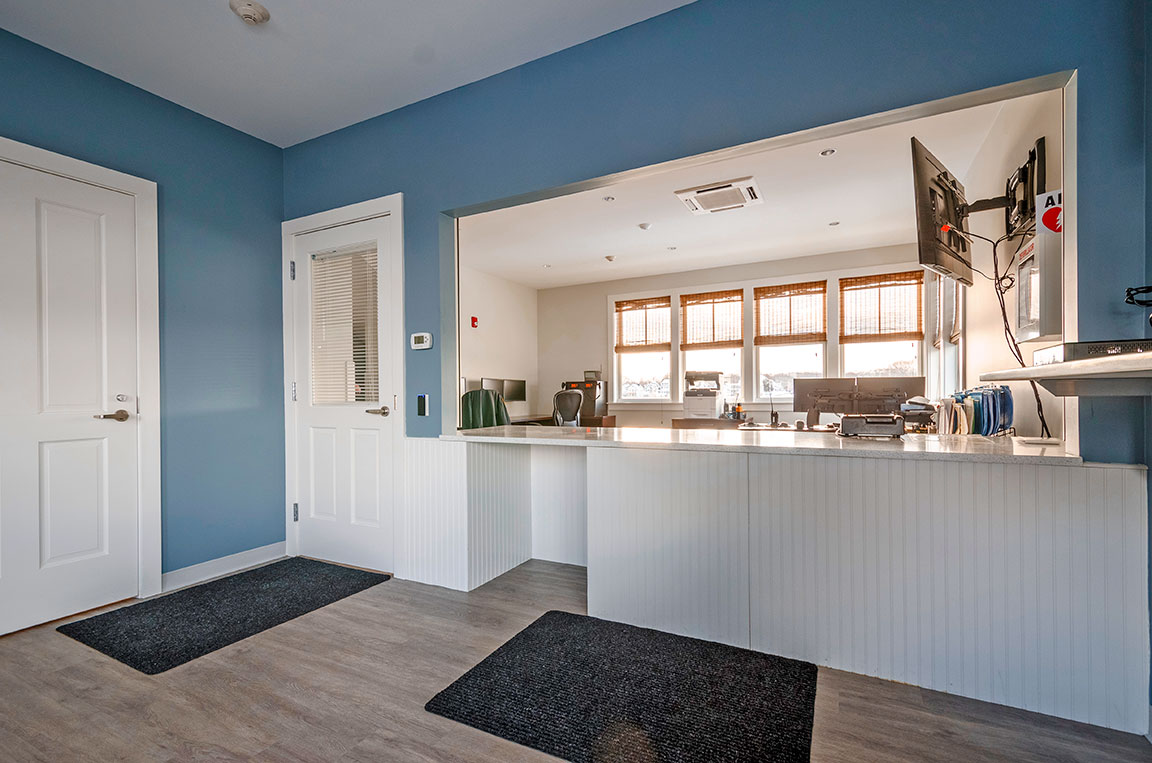