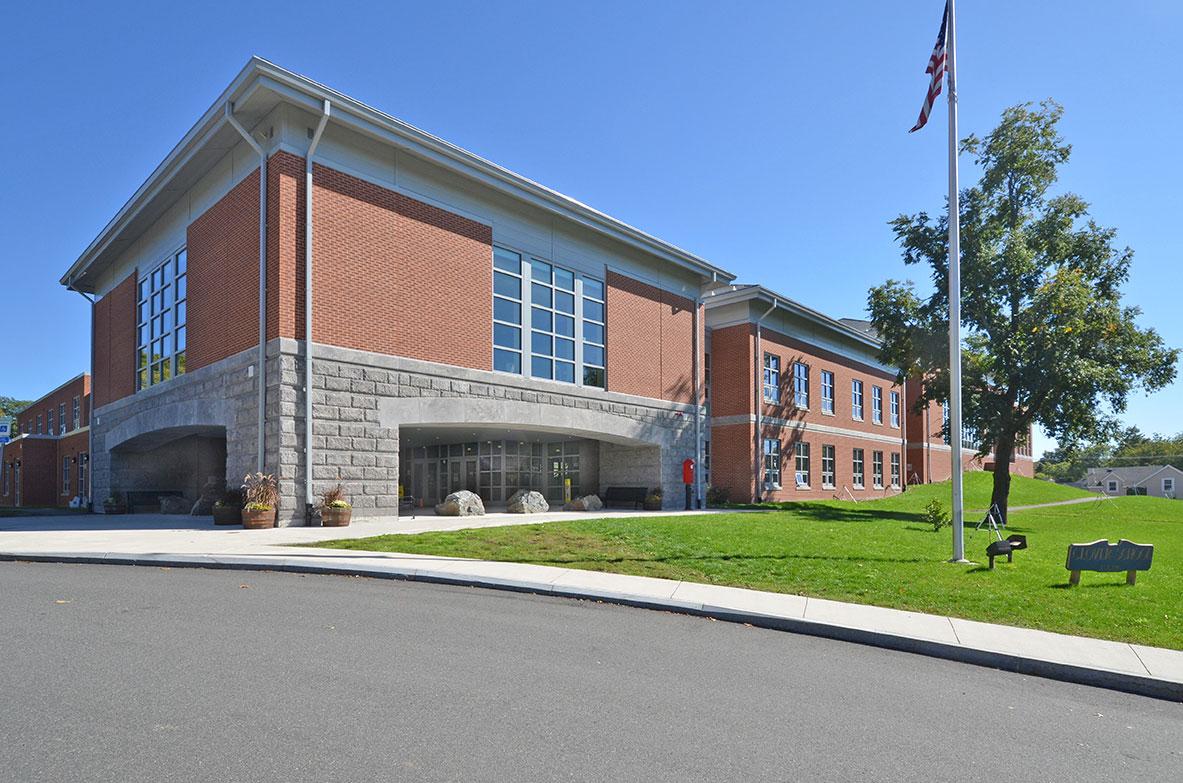 “Clearly, the best thing to happen is to have it brought down (the old buildings) and have a new school here.”

New learning space have been incorporated into the design of the new Glover School — and not just in the classrooms, which will now meet state standards and each contain Smartboards. Teachers can also bring students out into the hallways, where there is ample space between sets of lockers. Not only that, but paint that can be written on has been applied to the walls, further extending the classrooms.
Other highlights of the new building include a “cafetorium” (combination cafeteria and auditorium), featuring a platform with a rear-projection screen. Due to budget considerations, certain compromises have been made in this space — a warming kitchen instead of a full-service kitchen, “faux” wood paneling instead of the real deal — but what was deemed one of the more important aspects of the space for its acoustics. 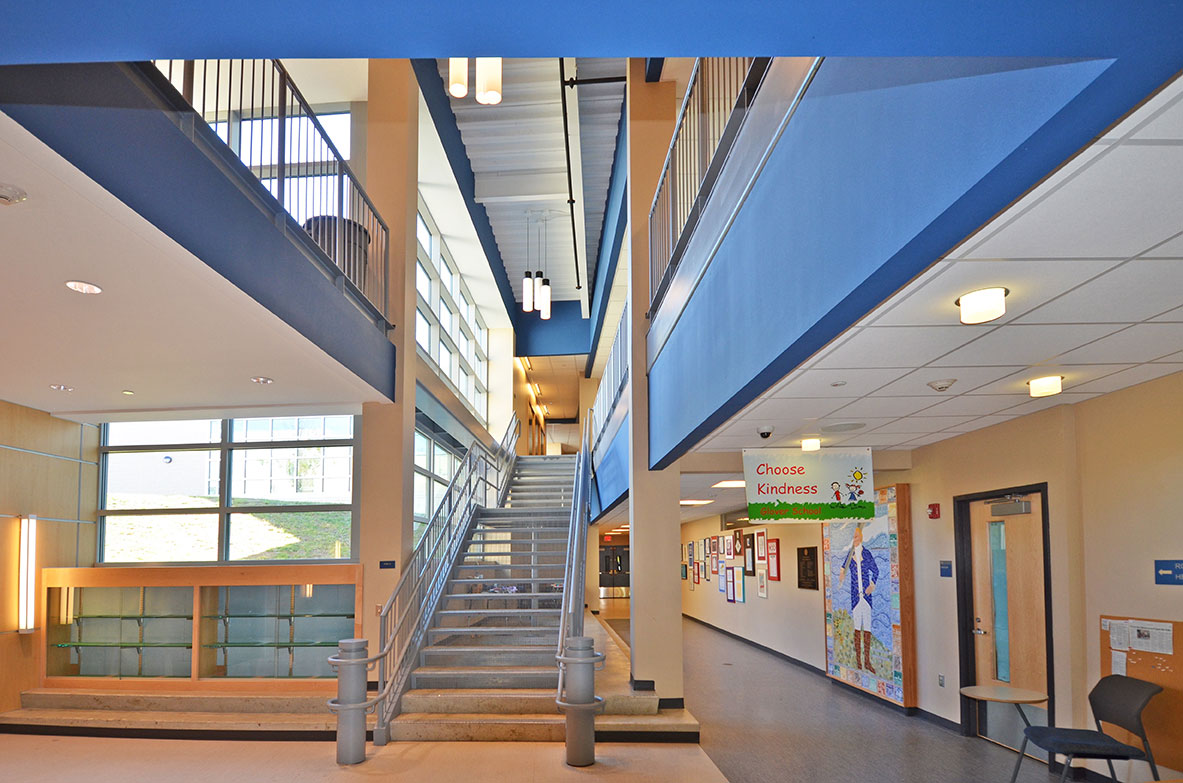 Another prominent feature already evident in the building: Natural light will fill the halls whenever available, with the grade of the terrain leading to the outdoor spaces even helping contribute to the ambiance. Parents, meanwhile, will likely care more about the security incorporated into the building’s design. The front office will have a full view of the building’s entry alcove, with all visitors having to pass into the office after being buzzed into the vestibule.

The “community spaces” — the cafetorium, media center (the space formerly known as a “library”) and gymnasium, are also on a separate wing from the classrooms (pre-kindergarten through first grade on the first floor, second and third grade on the second floor) to minimize disruptions from the utilization of these spaces. 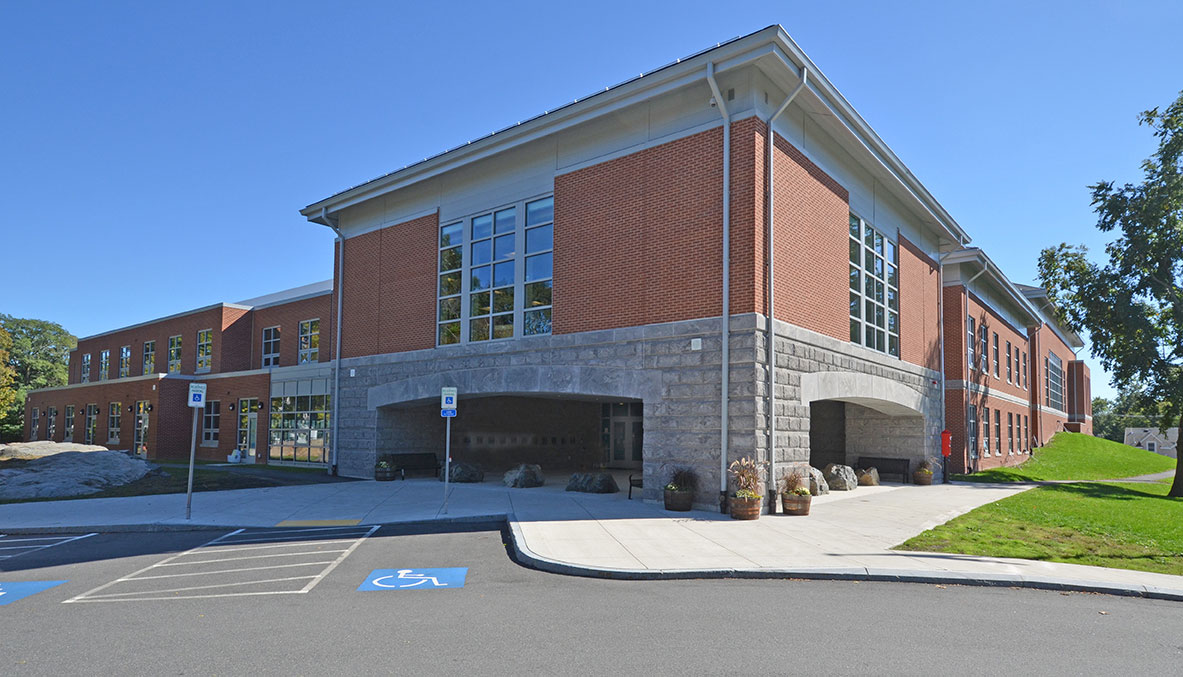 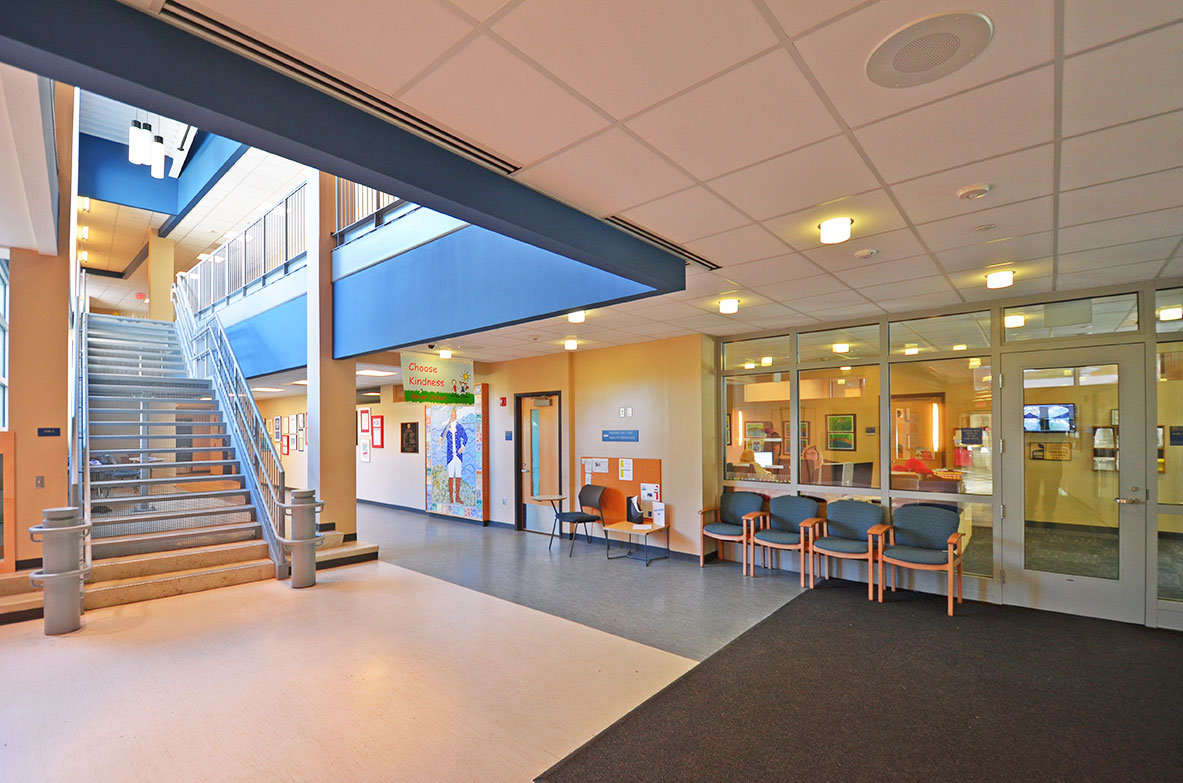 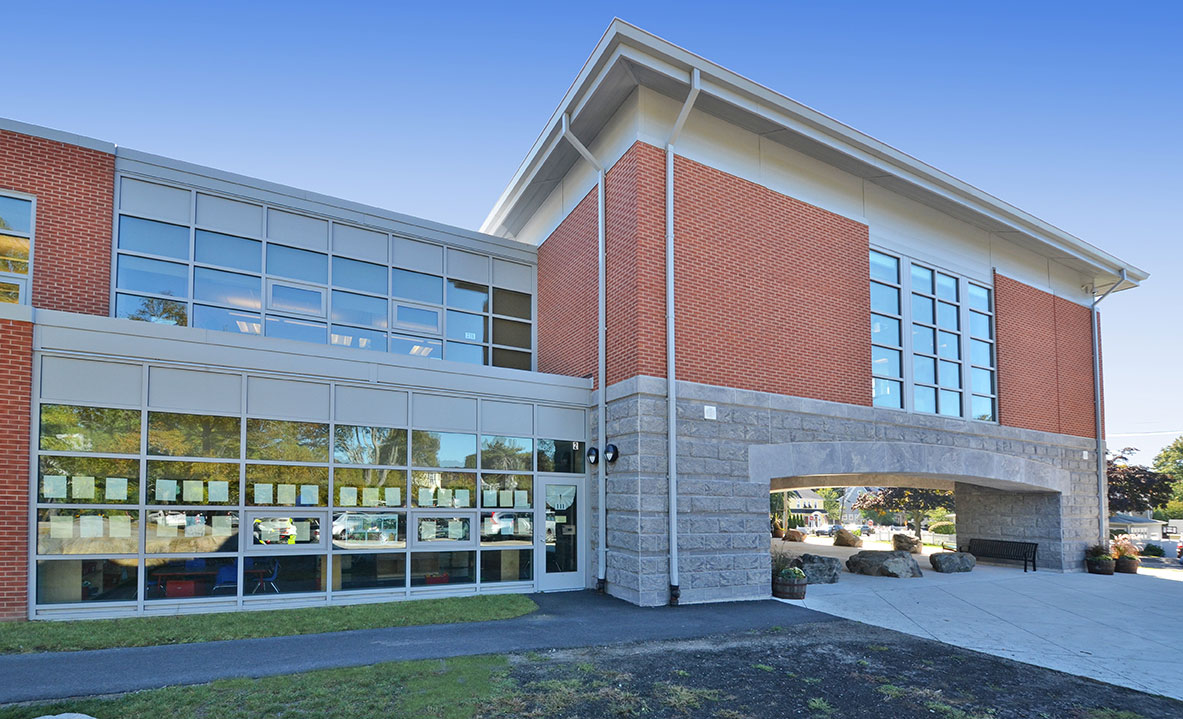 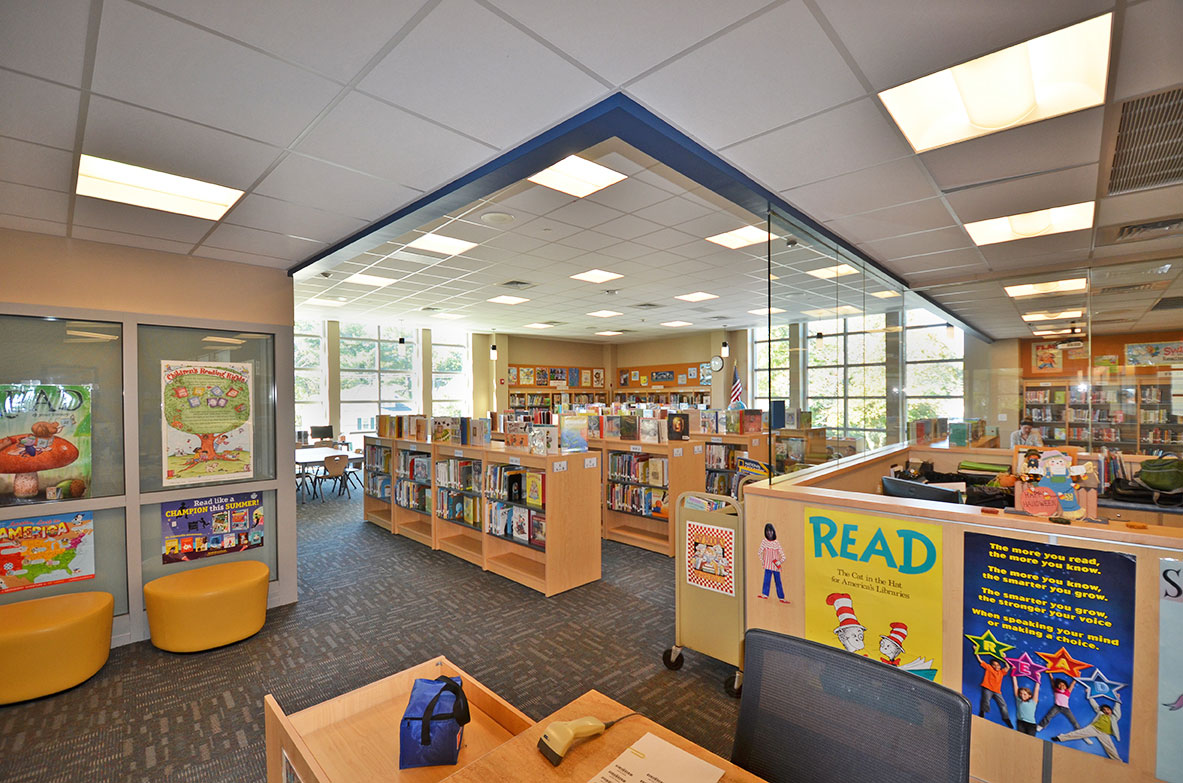 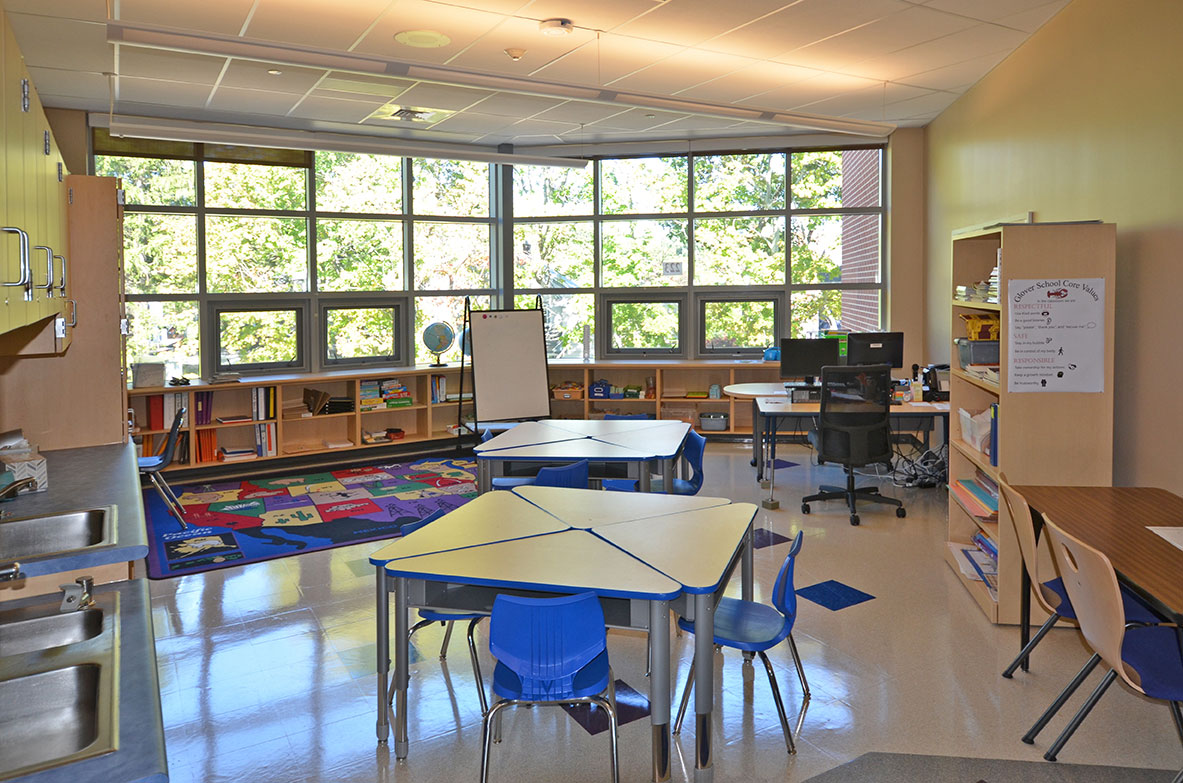 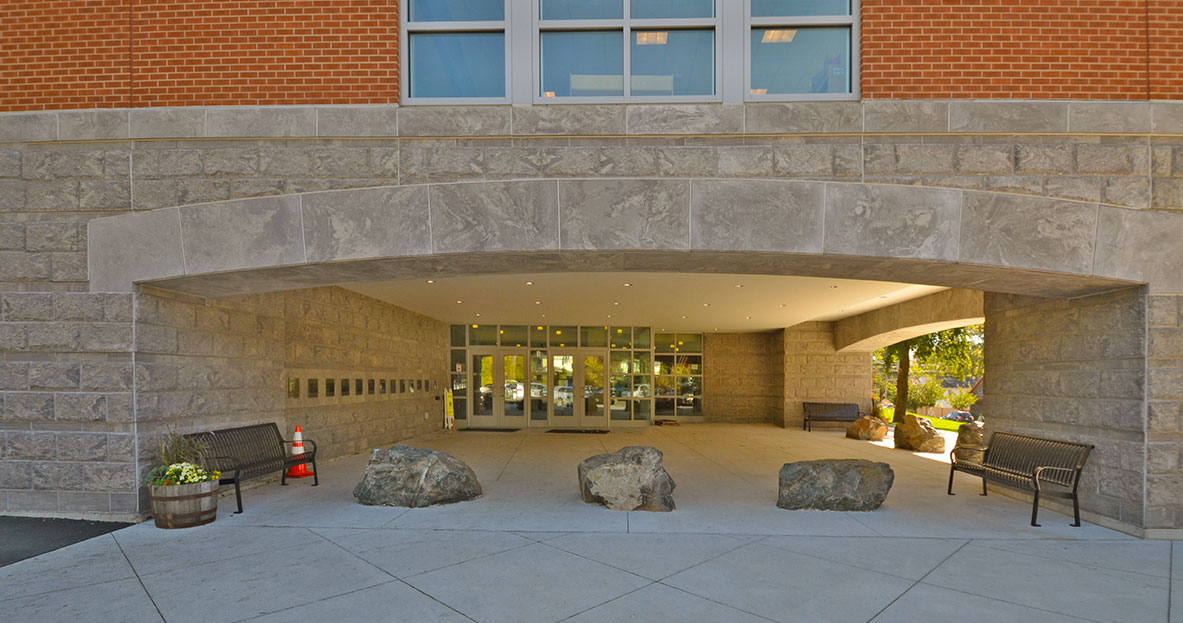