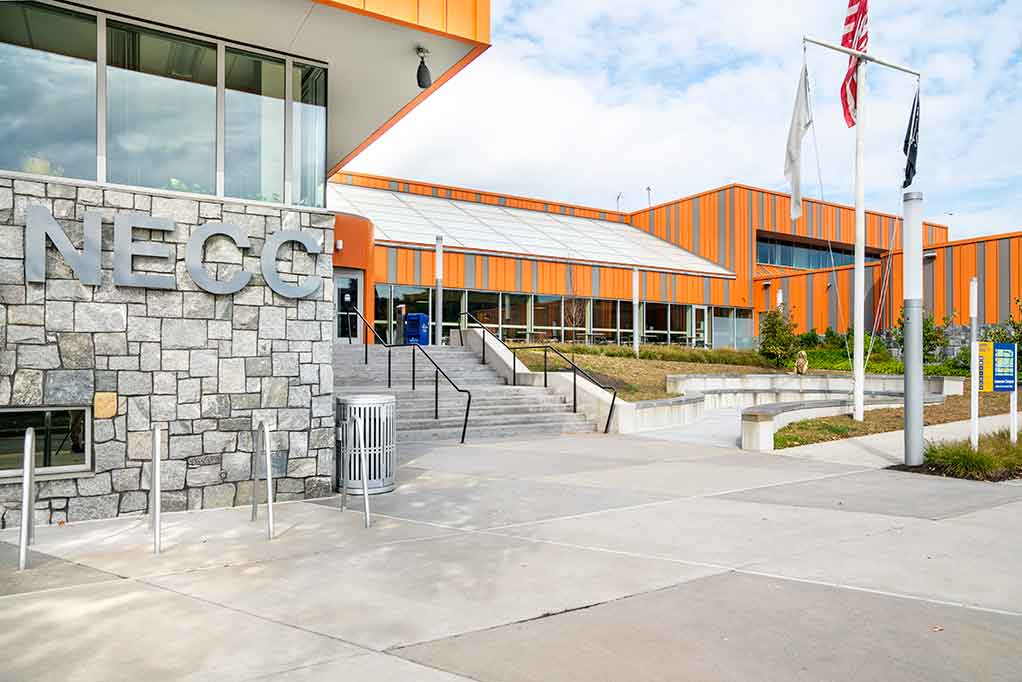 The Northern Essex Community College (NECC) in Lawrence, MA recently unveiled a $6.5 million renovation of the college’s John R. Dimitry Building; and the transformation – lead by Perry Dean Rogers Partners Architects – is a bright one! Named after the college’s second president who served as a major catalyst in the establishment and expansion of the Lawrence campus, the reconditioned Dimitry Building now features new windows, siding, parking space, and a striking new skylight from Major Industries illuminating the building’s common area. Nearly two years after it was closed for a $6.5 million renovation, Northern Essex Community College’s Dimitry Building at 45 Franklin St., Lawrence, was rededicated on Friday, November 1, with great fanfare.

“We are tremendously proud of what is happening in this building,” Glenn Dimitry
Among improvements; there is now a room that serves as “home base” for the hundreds of Early College students enrolled at NECC.

“This building is a great example of what we are trying to do across the Commonwealth. Massachusetts has many other buildings that were also built in the 1970s and 1980s and in need of renovations or undergoing renovations, she said.” Carol Gladstone

“What a great space this is. It’s inviting. It’s simple but effective,” she said. “This will be a great building for many years to come for you.” 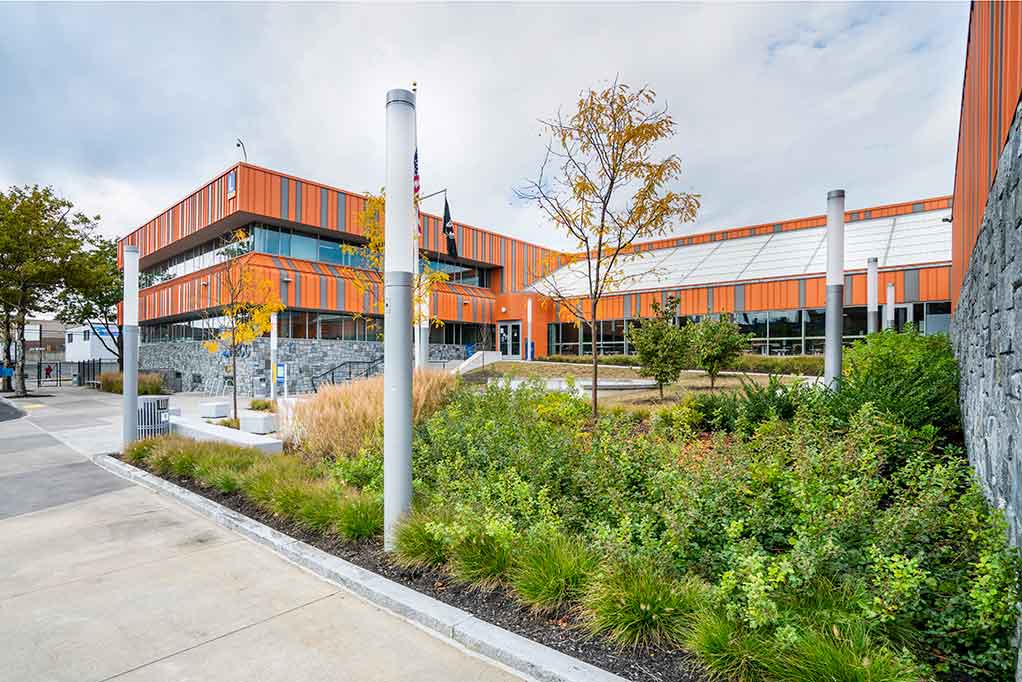 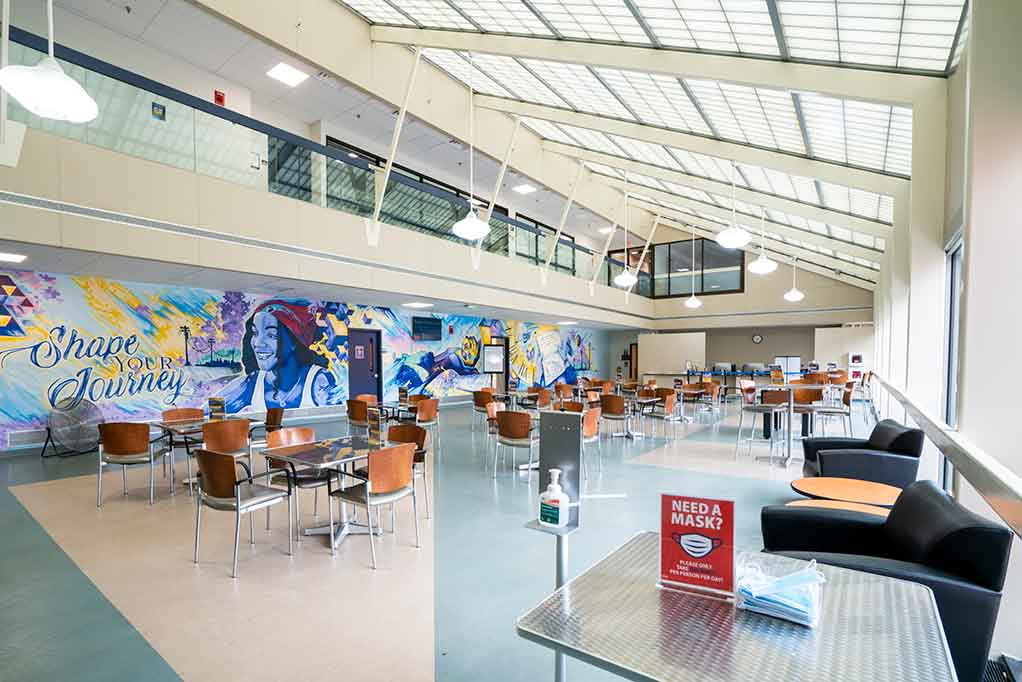 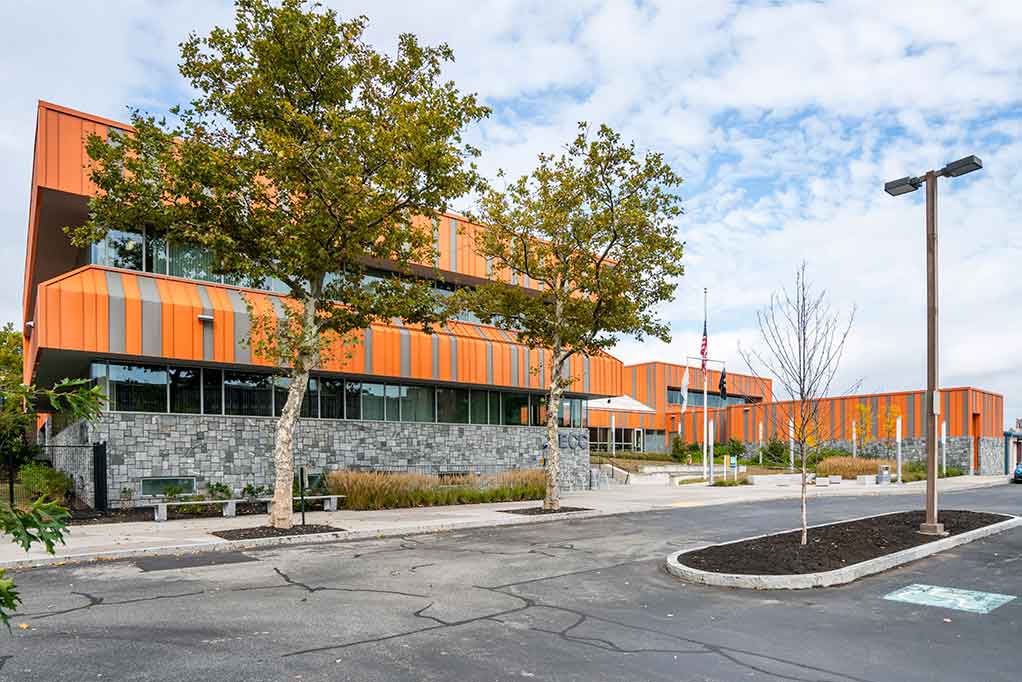 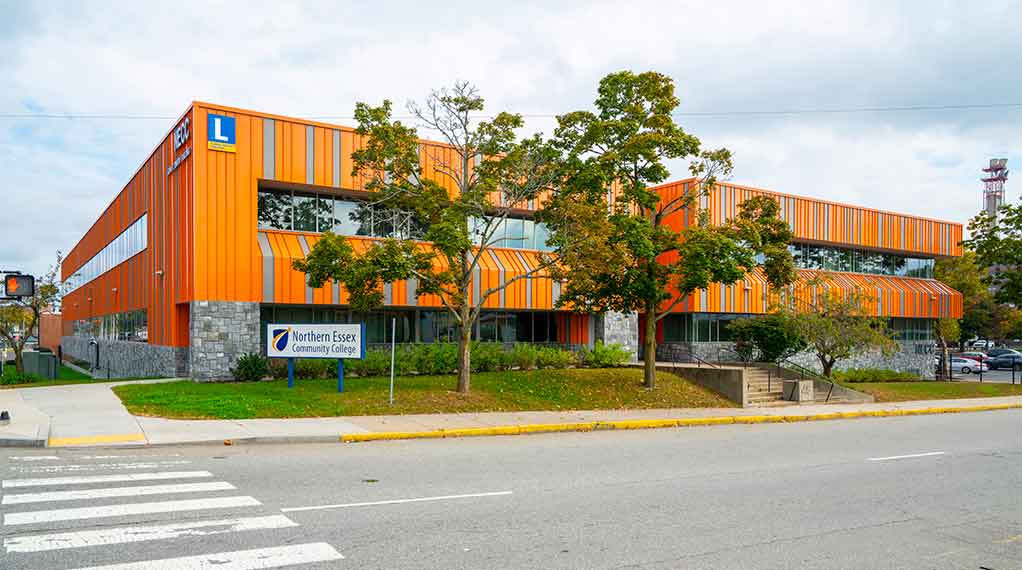